The state of North Carolina, USA is a fertile ground for hemp and stoner rock. After cult sludge act Buzzov•en called it a day, bass player Dave “Dixie” Collins teamed up with guitarist Dave “Shep” Shepherd and founded Weedeater in 1998. Following 2001’s massive debut …and Justice for Y’All and a crushing Sixteen Tons that kept the buzz growing the following year, third full-length God Luck and Good Speed hit the stores in 2007 and established the band as one of the spearheads of the stoner rock / sludge movement. Produced by Steve Albini (Nirvana, The Pixies, Neurosis, Nine Inch Nails, Page & Plant), and boasting a smoking cover version of Lynyrd Skynyrd’s classic Gimme Back My Bullets, God Luck and Good Speed is widely considered as Weedeater best album. Time to lean back and get high on this weed metal cult classic!

DEATHWHITE – For a Black Tomorrow 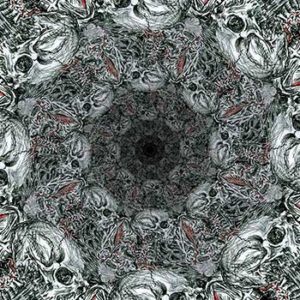 POLTERCHRIST – Engulfed by the Swarm BROKEN DOWN – The Other Shore